Small in numbers, big in impact: “The underestimated role of women in the European federalist movement” 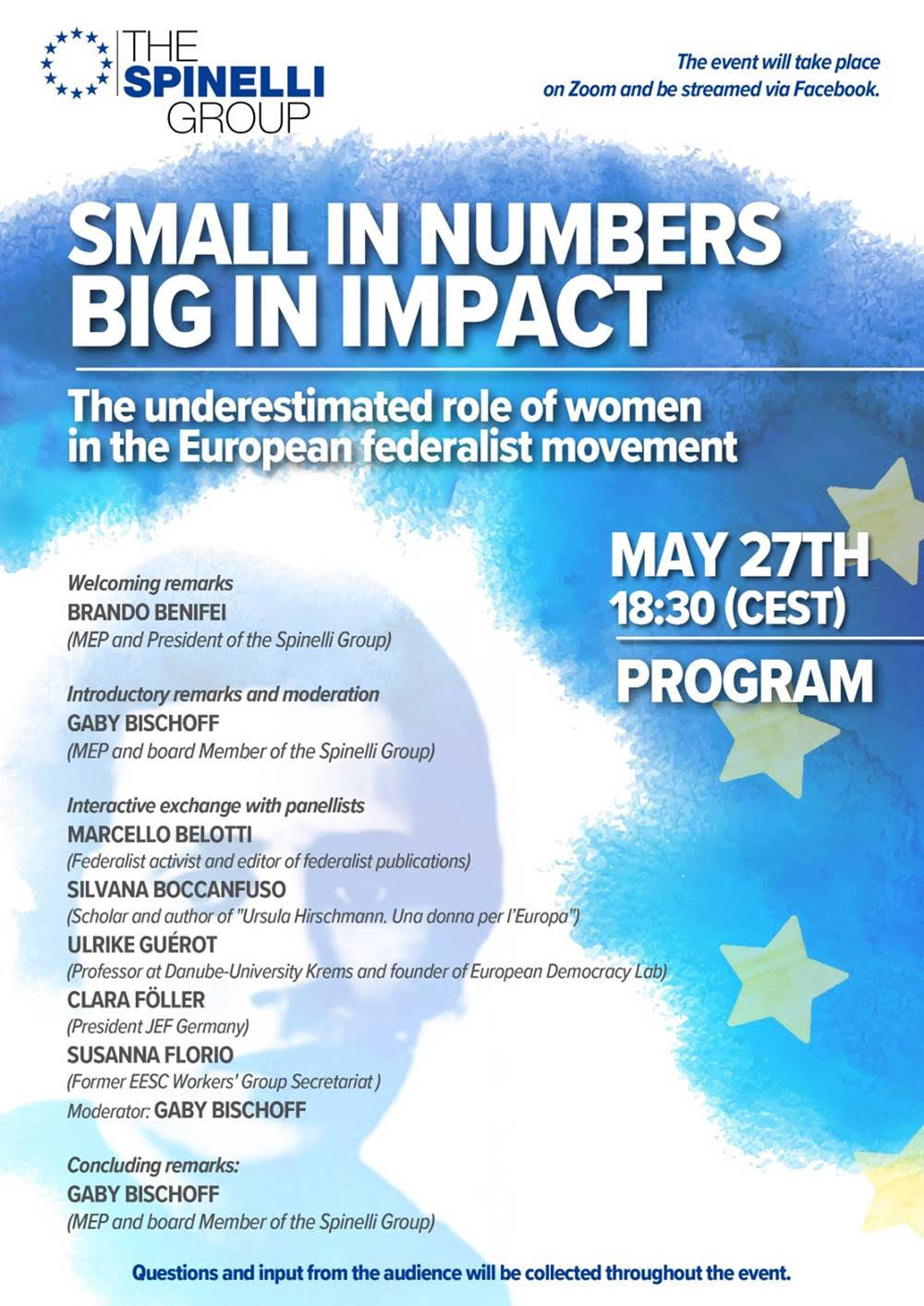 The aim of this event is twofold. First, we would like to highlight the impact of visionary women in the construction of the European Union such as

Simone Veil, Ursula Hirschmann and Louise Weiss and commemorate their achievements. Secondly, we would like to underline the underrepresentation

Introductory remarks and moderation: GABY BISCHOFF (MEP & Board Member of the Spinelli Group)