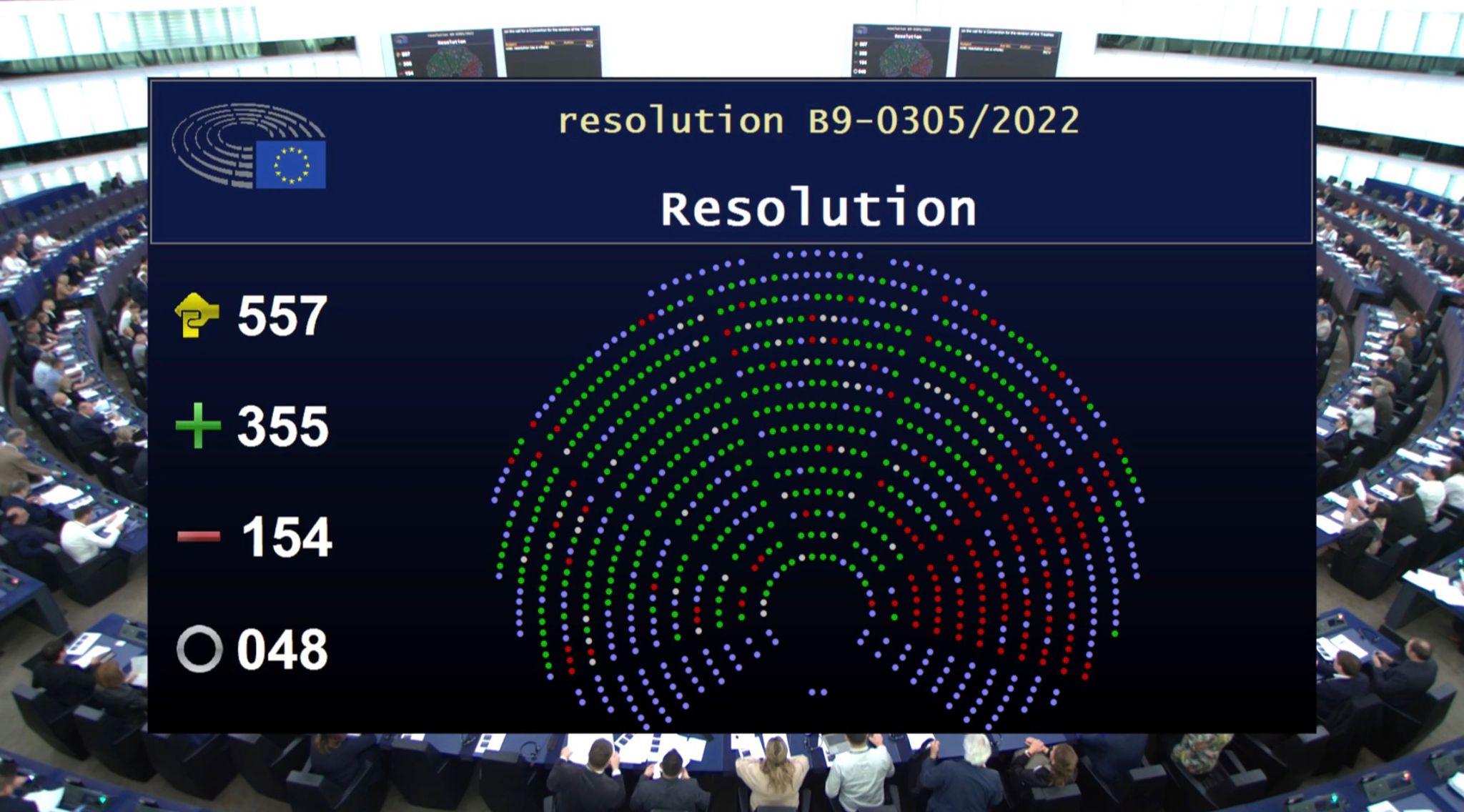 Today’s decision of the European Parliament to start treaty change is historic. For the first time Parliament uses its right to propose specific amendments to the treaties. Europe must not be held back by a single government. We propose to end national vetoes in sanctions and allow for more changes from unanimity to qualified majority voting by simplifying the so-called Passerelle Clause.

It is now up to Member States’ governments to decide, if Parliament’s proposal can open a European Convention, possibly already at the European Council on 23-24 June. Member States’ governments must not delay these reforms. Citizens demand: ‘All issues decided by way of unanimity should be decided by way of a qualified majority.’ It’s now time to reform the EU to be able to act on the challenges of today and tomorrow.

Parliament proposes today to change the treaties to add competences on health and energy, social rights, full rights for Parliament on the budget and legislative initiative as well as the better protection of our Union values. Parliament’s Constitutional Affairs committee has the mandate to prepare this further for the Convention.

from the resolution: the legal amendments to the treaties

The Council shall adopt decisions which shall define the approach of the Union to a particular matter of a geographical or thematic nature. Where a decision, provides for the interruption or reduction, in part or completely, of economic and financial relations with one or more third countries, the Council shall act by qualified majority. Member States shall ensure that their national policies conform to the Union positions;

Article 48(7) TEU – on the Passerelle clause

Where the Treaty on the Functioning of the European Union or Title V of this Treaty provides for the Council to act by unanimity in a given area or case, the European Council may adopt a decision authorising the Council to act by a qualified majority in that area or in that case. This subparagraph shall not apply to decisions with military implications or those in the area of defence.

Any initiative taken by the European Council on the basis of the first or the second subparagraph shall be notified to the national Parliaments. If a national Parliament makes known its opposition within six months of the date of such notification, the decision referred to in the first or the second subparagraph shall not be adopted. In the absence of opposition, the European Council may adopt the decision.

For the adoption of these decisions, the European Council shall act by qualified majority vote according to the procedure laid down in Article 238(3)(b) after obtaining the consent of the European Parliament, which shall be given by a majority of its component members.

Recommendation 21 by the 200 representative randomly selected EU citizens of Panel 4 (EU in the World, Migration)